Posted on December 11, 2014 by yarnspinnerpress 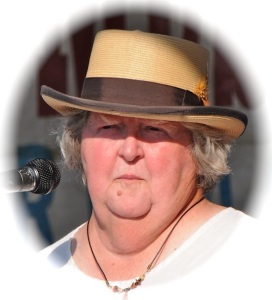 This is Marideth Sisco for These Ozark Hills. I always feel when I come to the ragged end of the year that I’ve been in a year-long race, and will just barely make it to the finish. There is always too much to do, and at my age, the time goes whizzing by until sometimes I mistake the second-hand for the hour hand on the clock. This year has had its share of ups and downs for everyone, but it’s also had its blessings, and I’m thankful for them  as well.

Chief among the blessings here at the Home Place is my long but welcome recovery from cancer treatment. I am getting stronger, smarter (at least sometimes) and have been able to complete some long-held goals as well as start some new and very challenging projects. Of course I’m sure that before I finish I will have to say a few last words over the garden. One would think I’d said enough last month, and the gardening year is very much behind us. But with Thanksgiving just past, recent events connected to the garden’s abundance still get a big place on my list of things to be Thankful for. And I’ll tell you why. But I really should start at the top of the list.

Certainly I am grateful for the longevity of old friends and relatives and the opportunities I have had in the recent weeks to celebrate with them our continuing residence on planet earth. For instance, this weekend past I journeyed over west where groups of them were gathered, and partook of the holiday cheer, the laden tables, the conversations, the loving friendships. It was a wonderful and heart-filling time.

But before that, early in November but too late for November’s episode, I had an experience I want to share with you, and another reason for Thanksgiving. I drove down to Mammoth Spring, Ark, on a special errand. First, I slipped down back streets and over hills to an old cemetery, where I met with a group of local historians and Civil War buffs to celebrate the placing of a new commemorative stone on the grave of a woman known locally as Granny Blue. She’d had other names that passed, along with the husbands who gave them, into history. The man named Blue was the last. But the story was all hers. Alone on her farm just east of Mammoth Spring, on the Missouri-Arkansas line, in the midst of the fighting between north and south, a sad and terrible thing occurred. A skirmish, as it was called, resulted in the deaths of seven young men, Confederate soldiers, in her upper field. Custom and Union law dictated that they should simply lay where they had fallen. But it was such a symbol of disrespect for the fallen that Granny Blue simply couldn’t abide it. So there, in the cold of early winter, she went, along with her hired hands and a couple of slaves who volunteered, and they dug into the rocky soil seven lonely graves, and they put those young men to rest. Local history has it that there were many more out in the bleak woods. But these seven, though their names are not recorded, got a burial – one that was never remarked upon and had no marker but the one created by Nature as the area was never again planted or mowed. Attending the ceremony, to my surprise, was long-time friend and Oregon County icon Dorothy Ellis, who offered me in to her home between ceremonies for a cool drink and a bite of cake, and who socked me on the arm and said as I was leaving, “We need to visit more. And soon! I’m 90.” Hard to believe. In her heyday as Oregon County Presiding Commissioner, the diminutive Dorothy engineered the establishment of the Irish Wilderness as a state-protected space. Also on hand was retired Missouri State Trooper Lou Wehmer, who produced the reissued and annotated version of Col. William Monk’s controversial Civil War memoir. I was in good company all around.

After the short ceremony at Granny Blue’s grave, those gathered, including her family members come from their home near Bakersfield, California, traveled back to the farm and were joined by the farm’s owners, who have preserved the overgrown site as best they could. The only markers there in the past were the seven sunken rectangles, all in a row, in a copse of trees that had grown, been cut and grown again, out in the middle of a hayfield. Even in the brisk wind and clear sunshine it was a sad and lonely place. But now a new stone stood among them, waiting to be unveiled. And we gathered and said words, and read proclamations and a minister blessed us, and them. And I sang my favorite sad song, whose chorus asks “Who will watch the home place, when I am gone from here.”

And there in the midst of the ceremony, in my mind’s eye, those unbearably young, lean-limbed, hungry and lost boys came up out of their narrow fallen-in holes, and sat on the edges, some stretching, others with a leg up and resting their arms on their knee, and all smiling, highly amused at this sudden and long unexpected recognition. They were grinning and nodding to one another, as if to say, “Would you look at this. Isn’t this something.” And the day was, for me, suddenly brighter and softer and harder to bear. And it came to me then that while griefs last long and are too easily called to mind, Joy is fleeting, and must be seized and swallowed whole, before it escapes.

But mindful of history and the difference between ingrained rituals that have lost their meaning and those real events long remembered and deserving celebration, I spent the actual Thanksgiving Day alone with my dog and a grocery deli takeout dinner, counting my blessings. And among them were this summer’s canned green beans, golden potatoes from my home-grown sweets and Irish cobblers, and the last fresh, ripe scattering of tomatoes from the kitchen counter, breaded with slices of whole wheat and seasoned with butter, salt, pepper and just a dab of sugar. It was lovely and not lonely at all, surrounded as I was by all those memories close by and far in the past. It made the weekend trip all the sweeter. So many gifts we are given, and almost too much gratitude to hold.This is Marideth Sisco, offering holiday blessings to all my neighbors and friends far and near, and a heartfelt thanks for the many gifts of life in These Ozark Hills.

8 Responses to Giving Thanks